Apple has recently released a new set of iOS updates (iOS, iPadOS, tvOS and watchOS) and is in the double digits for betas of the next macOS release which, based on previous years, is set for a November launch. We have taken this opportunity to discuss the strategies and best practices organisations can adopt to prepare for the latest iterations of Apple’s operating systems.

Commonplace for the last few years, Apple has been working through an annual release cycle for their core operating systems. With new OS versions come changes aplenty, some of which are really helpful (all the new things added to configuration profiles) and some bring more challenges (randomised MAC addresses, discouragement of kernel extension support etc). Some of these changes will help you or your users work better, whereas others will cause incompatibilities with your tools, software and/or security tools. It helps to be prepared.

What should I do to prepare?

There are a few things we would recommend when preparing for new OS versions from Apple.

Join the AppleSeed for IT beta program

Apple has opened up the AppleSeed for IT beta program to any users with an account in an Apple Business Manager or Apple School Manager portal, and you should take advantage of this to gain early access to beta versions of OS releases. For more details, check out Apple’s page here: (https://support.apple.com/en-gb/guide/deployment-reference-ios/apdcc914230f/web)

Although not yet available for Big Sur, Apple often releases knowledge base articles for their new releases, such as:

In addition to the public documentation, Apple will have further information and release notes in the beta portal, which you can access if you have signed up for this, as mentioned above.

With access to the beta version and new releases, you will need to test for any bugs or behavioural changes that might affect you. If any of these tests fail, you will need to log bug reports with Apple and/or the Vendor. This includes testing for:

Also with new software releases, there are new features that should be tested. These may include usability improvements for your users, new support for solutions and integrations, or even just fresh management options which will open up new opportunities for your devices – all of which are worth testing and utilising.

As a rule of thumb it is always good to test early and often with beta OS versions. However be aware that as beta releases, these can (and do) change often. How early you start your beta testing will always involve a compromise between testing early enough to find and resolve bugs, versus spending time testing on betas that may well change before final release (and require additional testing).

If you do find any issues with testing, the first task should be to log a bug report. These would typically be with both Apple and the vendor of the item you have had an issue with. Apple may fix the issue in a future release, or the vendor may have a beta release you can retest with.

What if these issues are not resolved by the official release of the new OS version, and are classified as critical to your operations? In this case you will need to make a decision whether to limit access to the release. Jamf has options utilising the ‘Restricted Software’ feature (https://docs.jamf.com/jamf-pro/administrator-guide/Restricted_Software.html), but check with your management system of choice here.

We would not suggest restricting access to the newer OS versions as a replacement for testing, but more of a last option if you have no choice. It is a great idea to aim for day-zero support (meaning to be able to support the new Apple releases on the day Apple officially releases them), but this might not always be possible. Bear in mind the work you need to do and be prepared to make judgement calls on how ready you are to support the newest release.

Do not forget, there is always likely to be a new release within 12 months, so try to keep up the work to support the newest releases as soon as you can.

If you are unsure of anything discussed above, please contact our support team. 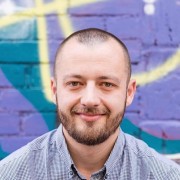 Darren has been tinkering with Macs on a professional level for more than 12 years.

Preparing for a new OS release