On July 8, 2019 a vulnerability in the Zoom Client for macOS was disclosed on medium.com.

This was followed by a flurry of activity on IT blogs as well as mainstream news sites.

Zoom responded shortly afterwards, with a fix which was released on July 9.

It has also been reported Apple has released a silent patch, which mitigates this vulnerability too.

If you are a datajar.mobi customer and we are deploying Zoom to your macOS devices, we released the patched version of Zoom to your devices on the morning of July 10, via our auto-update framework to remediate any vulnerable managed devices.

If you have any problems, concerns or questions, please get in touch. 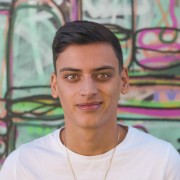 Felix has been creating content for dataJAR since March 2019.

Leveraging CIS benchmarking on the Mac with Jamf Protect

The guide to mobile device management – and why it is the future for Apple.