When installed, Jamf Connect eliminates the need to bind a Mac to a directory service, such as Active Directory. In a world of mobility and an ever increasing mobile workforce, it is important to push the boundaries of traditional networks from internal to the internet, while not compromising on security.

In its current form, Jamf Connect has been available for a while now. Many new features are in the pipeline and, with the Jamf development workhorse firmly behind it, it is here to stay. That said, we have been having many conversations with our clients in recent months regarding its origins, so we thought a brief history lesson might be useful.

The background of Jamf Connect, is a little like an episode of EastEnders, but please bear with us:

So there we have it, the story of Jamf Connect so far. From humble beginnings and ideas floating around the Open Source community to a fully fledged commercial product.

Do I need NoMAD or Jamf Connect?

This is a question we are frequently asked and it is one we are keen to answer, because it could cost you money if you get it wrong. Put simply: On-premise only Active Directory then NoMAD is adequate, if you use Azure AD then Jamf Connect is right for you.

Without question, the ability to set up a new device anywhere in the world without compromising data or endpoint security is engrained deep in our company values. Additionally, this should also be carried out without the shackles of complicated processes or set up documentation.

This is where Jamf Connect comes in. Once configured leveraging datajar.mobi, a new macOS device fresh out-of-the-box can be set up anywhere from the comfort of your own home to a coffee shop.

Utilising plug-ins for the macOS login window, the end user is prompted for their Azure AD (AAD) credentials, essentially moving identity management to the cloud.

While we don’t own a Delorean, we can say that Jamf Connect is a great tool for leveraging existing identity management platforms. Jamf Connect already has Okta, Azure and soon to be Google support. Integrating solutions like this with wearable tech, such as Apple Watch (which can be used for Multi-Factor-Authentication) will only make securing devices a help rather than a hindrance.

If you would like to learn more about implementing Jamf Connect and also our device management services such as datajar.mobi, then get in touch. 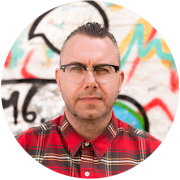