Recently, the team has been busy making significant improvements to the way user notifications are handled within our Auto-Update framework, adding persistent notification functionality when a logout is required.

These new notifications have been accomplished via an application built in-house, which we have been hoping to open source for a while.  Well, now we have!

Notifier leverages not only the older Application Programming Interfaces (APIs), but also the newer ones Apple has made available for macOS 10.14 and newer.

Keeping to Apple’s APIs has allowed Notifier support for macOS Big Sur a couple of weeks after the beta was announced, as well as a Universal Binary.  This means that Notifier already supports Apple Silicon!

Other features include the ability to rename, as well as rebrand, Notifier with custom icons if required.

Notifier can be downloaded from this Github link. Documentation can be found within that repo, which we will be updating as more functionality is added. 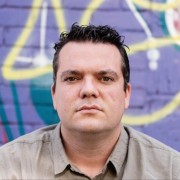 Ben joined dataJAR in 2015 as a Systems Engineer and was promoted to Technical Director in 2017.